Rehabilitation and Recovery of Function with NeuroMovement®

What is possible for an injured veteran who lost a limb and may also suffer from emotional and brain trauma?

What is possible for a stroke survivor who has trouble walking or speaking?

What is possible for a person who has suffered a concussion or traumatic brain injury? 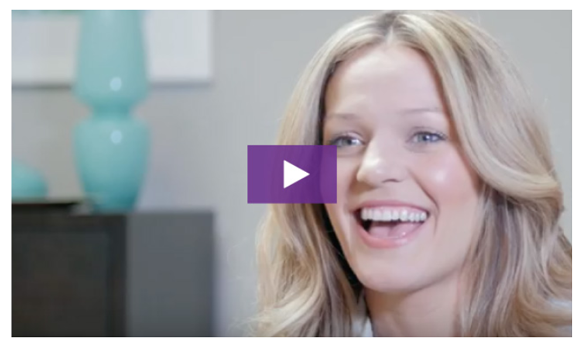 With Anat Baniel Method® NeuroMovement®, the focus is shifted from trying to fix your body and make it do what it can’t, to focusing on your brain, which offers incredible potential for change and new possibilities. With this Method, we have seen remarkable outcomes with our clients that have gone way beyond what is believed to be possible.

Transforming Rehabilitation for Stroke and Brain Injury with NeuroMovement®

It is important to understand that once there has been a trauma, an injury, or a loss, the person is no longer the same. The injured soldier or car accident victim who has lost a leg has a different body than before. His or her brain needs to learn how to organize a whole “new” body and all of its movements and actions.

The old patterns no longer work, or they work only partially. This may sound discouraging but it needn’t be, once you understand that the brain can change, powerfully and rapidly, to create ingenious new solutions.

Your brain offers the greatest opportunity for rehabilitation and recovery and a fully renewed life.

With NeuroMovement® and the 9 Essentials, we take advantage of the power of the human brain to change itself—what is called brain plasticity. Learn more about brain plasticity here.

We start with where you are at—with what you can do. Using gentle movements and the 9 Essentials, your brain is flooded with new information. With this information, your brain creates new connections and discovers new ways of moving, thinking, and acting.

All of the Essentials are fully supported by current brain research. View the supporting research for the 9 Essentials here.

Adults who have experienced breakthrough results with NeuroMovement®

suffered a stroke and wanted a full recovery

“After only a few sessions at the Anat Baniel Method Center, I began to experience a new sense of freedom in movement. I suddenly, and quite unexpectedly, found myself being able to do things that were impossible only a few weeks earlier. I was literally amazed at the level of improvement I was experiencing….With continued therapy sessions, I am confident that I will have a full and complete recovery.”

85-year-old woman who suffered a stroke

“I have been practicing your method almost daily for over eight years….and last year I had an ‘acute’ stroke in the ‘pons’ area of my brain which affected almost all areas to some degree…..My doctors were amazed at how well I responded to their initial examinations, the pressure and strength I had in my hands and legs. They are also amazed at my quick recovery less than four months later.”

“I sustained an injury that caused me to lose the use of both of my arms, and I was unable to move my head in any direction. I was in constant pain. After only two months of doing [Feldenkrais] movement lessons, my life was so transformed that I decided to become a practitioner….I enrolled in the Anat Baniel Method International Practitioner Training program. Today I move easier than I have in my entire life.”

How Is NeuroMovement® Different From Traditional Rehabilitation? 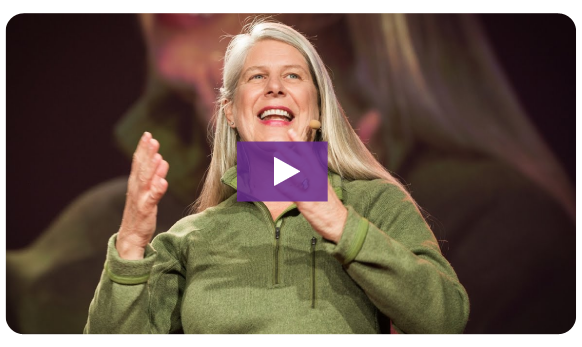 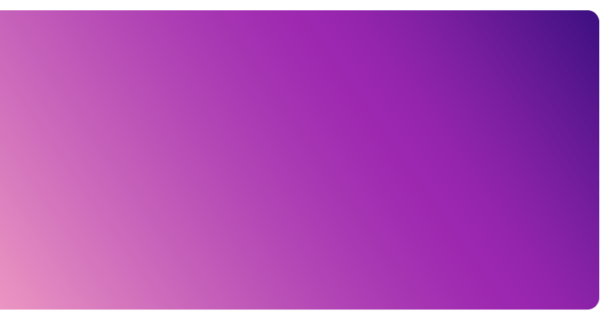 Get Private Lessons from a Practitioner

Traditional rehabilitation often focuses on performing the skills that clients have lost due to the stroke or brain injury. For example, if a person is unable to move his left hand and arm, he is asked to try and to “practice” using his hand and arm the way he did before the stroke. With this approach, he is certain to either do the movement very poorly, or be unable to do it all together.

What is important to realize is that the brain is actually learning these patterns of failure—not what we are asking the person to do and learn. These patterns are formed extremely fast and get deeply grooved into the brain. This is often why traditional approaches to stroke recovery or brain injury rehab is limited, and rehabilitation often ends after 5 or 6 weeks.

How we help people with stroke or brain injuries recover function is dramatically different. We do not ask you to do what you cannot do. We understand that the loss of function is due to loss of connections in your brain. Learn more about the recovery of function after stroke.

NeuroMovement and each of the Essentials provides your brain with conditions it needs in order to receive new information and create new connections leading to positive change.

A Veteran’s Rehabilitation and Recovery: The Story of Jack

Jack was a 29-year-old veteran injured in the Iraq war. He lost his right leg and a portion of his pelvis.

After an extended period of medical care, including surgeries to rebuild his pelvis, he was fitted with a prosthetic leg. Despite many hours of therapy done by highly skilled and dedicated therapists, Jack was unable to use the prosthesis due to pain and lack of dexterity.

During his first NeuroMovement session, Jack was asked to lie down during the whole lesson. Instead of trying to get him to stand and use the prosthesis, we led Jack through gentle and varied movements where he got the opportunity to feel subtle changes and new sensations in his body.

This approach provided his brain with new information, helping it to figure out how to better control his injured body.

At the end of the first lesson, Jack was able to stand and even take a few steps with the prosthesis, completely pain free.

A few sessions later, he took the friend who introduced him to this Method dancing!

When a brain is traumatized, its capacity to perceive and organize the stimulus that is coming in is greatly compromised. For the brain-injured person, the incoming stimuli is often times experienced as a blur that is hard to decipher.

NeuroMovement and the 9 Essentials help the brain of the brain-injured person improve its capacity to perceive differences. The perception of differences is the source of new information to the brain.

The more that your brain is capable of perceiving finer and finer differences in the stimuli that is coming in, the more it is able to create new solutions.

You will begin to transcend your limitations, making the seemingly impossible, possible. 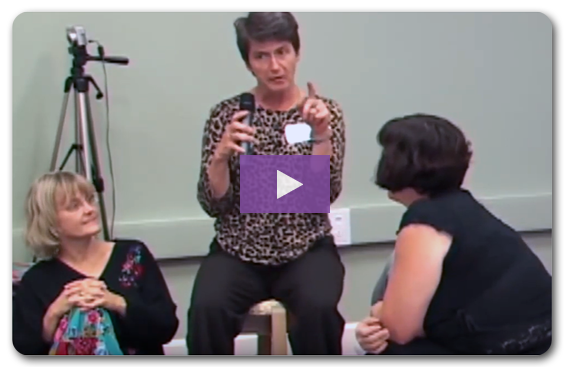 Transforming Rehabilitation with NeuroMovement: Recover from Stroke, Brain Injury, and Other Trauma 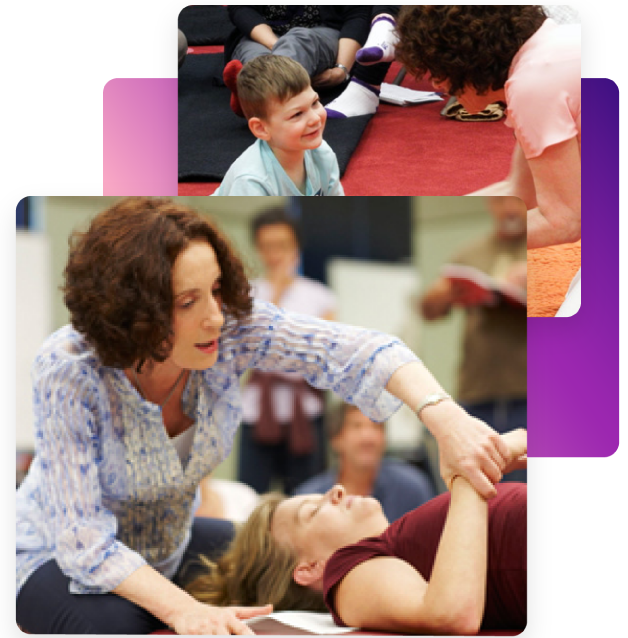 A trained clinical psychologist, dancer, and close professional associate of Dr. Moshe Feldenkrais for over a decade, Anat Baniel is perhaps best known today as the founder of Anat Baniel Method® NeuroMovement®.

She is the author of two highly acclaimed books about this transformational methodology: Move Into Life: NeuroMovement for Lifelong Vitality and Kids Beyond Limits.

Anat Baniel has experienced over 30 years of remarkable outcomes with thousands of children with special needs and adults with strokes, injuries, and other limiting conditions. It is through this experience that she developed her innovative, scientifically based approach with concrete and easy-to-use tools—the Nine Essentials—that enable children and adults to move beyond their limitations, making the seemingly impossible possible.

Anat Baniel’s work is at the forefront of the emerging brain plasticity field, helping wake up the brain to its greater potency for learning and change throughout life. Anat has trained hundreds of practitioners in this Method. She collaborates with leading neuroscientists, doctors, and educators including Dr. Michael Merzenich, Dr. Martha Herbert, Dr. Jill Bolte Taylor, Dr. Elizabeth Torres, and others. She and her team work out of the Anat Baniel Method® Center in San Rafael, California.

Offering practical, evidence-based ways to “wake up” the brain and support a path of well-being, vitality, and peak performance.