New Understanding & Hope for Children on the Autism Spectrum

Based in Brain and Movement Sciences

Part 1: Three Things You Can Do to Help Your Child with ASD 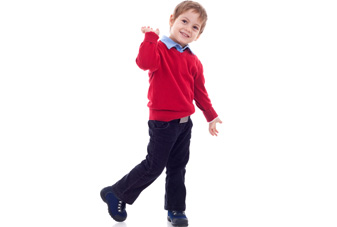 1 in 68 American children are diagnosed with autism.

Autism spectrum disorder (ASD) is most commonly thought of as a brain disorder in the areas of cognition, language, communication, and social behaviors. Autism Speaks defines ASD as:  “…a group of complex disorders of brain development. These disorders are characterized, in varying degrees, by difficulties in social interaction, verbal and nonverbal communication and repetitive behaviors.”

Web MD defines it as: “a brain disorder that often makes it hard to communicate with and relate to others.”

Are these children doomed? Absolutely not! A variety of behavioral therapies, nutritional changes, and other interventions, can help the child on the autism spectrum make great strides. There are numerous anecdotal stories to that effect. Research is increasing our understanding of how the brain grows and learns, creating breakthrough possibilities for helping the child on the autism spectrum.

Symptoms such as compulsive and repetitive behaviors, lack of social connection, cognitive and learning challenges, and motor coordination challenges can be greatly reduced, and at times eliminated, by helping the brain do its job better and become the brilliant learning brain it is built to be.

How can you, the parent, teacher, or therapist help the brain of the child with ASD do its job better?

If he could, he would; if she could, she would. Drilling, lots of repetitions, and constant prompting may be sincere and well-meaning attempts that often do help the child with ASD improve some. However, they also often create great limitations in how much progress the child will make in the long run. Such repetitions and drilling deny the brain of what it needs most in order to learn and improve—new information, lots and lots of new information.

Moving away from trying to fix the child is not simple or easy to do. Trying to make the child do what other children can do when not challenged, is what most of us know to do. If we stop trying to “fix” the problems in our child, we may feel that we are neglecting him or her.

I suggest you take a day or two and simply observe the moments and times when you are in the “fixing” mode with your child, be it around academic learning, behavioral issues, or anything else. Don’t rush to try and change what you normally do. Give yourself some time to become aware of your own feelings and actions that are associated with trying to help your child.

STEP #2: Look to connect with your child instead of trying to fix her or him.

You may be asking: “How can I connect with my child when one of the main challenges for the child with ASD is connecting with others?”

Allow me here a brief, yet important theoretical detour. The brain is an information system, i.e., it is an incredibly large, self-organizing, dynamic system that has a very important job: to put order in the disorder and to make sense out of the nonsense. The brain needs to make sense out of the constant barrage of external and internal stimuli coming at us. This is what allows us to perceive, feel, move, think, organize action, and interact with others successfully—that which is so hard for the child with ASD to do.

What is the source of information for the brain? Most people would say “stimulation” and they’ll be right. However, stimulation alone is not enough. [1] 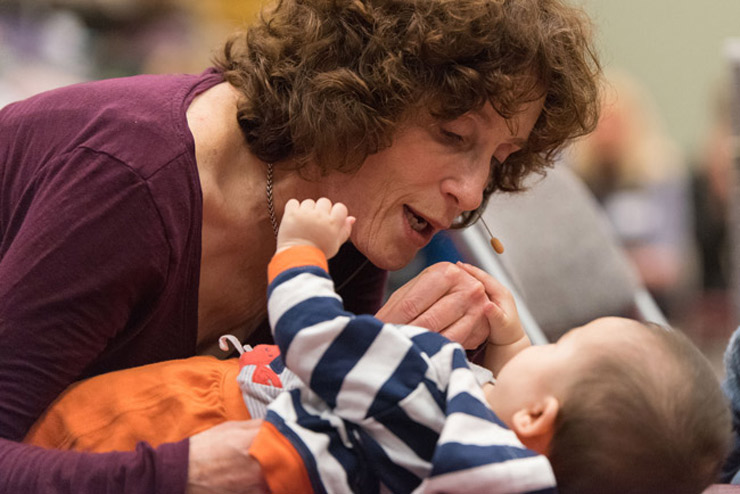 Anat Baniel connects with a baby.

The more the brain can perceive differences, and the finer these perceived differences are, such as in sound (in pitch, intensity, quality, rhythm), sight, sensations coming from our muscles and joints, and the rest of our senses, the more information it has with which to create new connections in the brain that lead to the creation of new patterns, i.e., successful learning.

The brain of the child with ASD is challenged in its ability to perceive differences, (what is also called signal to noise ratio). The clearer the signal is relative to the background “noise” in the brain, the more the child is able to perceive a difference).[2]

When differences are not clearly perceived, the world is like a soup—it does not make sense.

When we create conditions that help the child’s brain perceive differences better, the brain gets new information with which the child can then make sense of herself, of her experiences, and of the world around her. When you do this, you are connecting with your child. She begins to get out of her fog and can begin to connect more with you.

The Story of Sammy

Sammy, a five-year-old boy on the autism spectrum, was still wetting his pants and had to wear pull-up diapers. His parents, in collaboration with his teachers, tried everything to get Sammy potty trained, to no avail. Sammy, over a two-year period of working with us, had made great strides. Given his high level of functioning, I wondered why he still had this problem. It occurred to me that aside from the possibility that Sammy didn’t want to be bothered going to the bathroom while he was busy doing other things, that perhaps his brain was not perceiving the difference between wet and dry clearly enough.

So the next session, I took two wash cloths, one that was wet and the other dry. I told Sammy to tell me, without looking, whether I was touching him with the wet cloth, or the dry one. I first touched him on the back of his lower legs. He misidentified both the wet and the dry.

At that point, I moved to his face where there is a lot more innervation between the face and the brain, i.e., a lot more potential for perception of differences. There, Sammy identified both the wet and the dry sensations accurately.

I then did the same on his legs, on his back, then the back of his pelvis, and the top of his buttocks. Not only did Sammy identify all correctly, he also got faster and faster and more refined in his identifications.

Sammy has not wet his pants since this session. See the video of Sammy here.

STEP #3: Intensify differences. Do not assume that your child sees, feels, or hears what you do.

It is very important to realize that when you perceive a difference, for example, between a straight line and a curvy line, or between a loud sound and a softer sound, or between a rough movement and a gentle movement, that your child may not, even when it’s so obvious to you.

Actually when your child is having a hard time grasping information, doing something, or when your child is failing, I suggest that you always assume that he is not perceiving simple, obvious (to you) differences that are necessary for the brain to succeed. 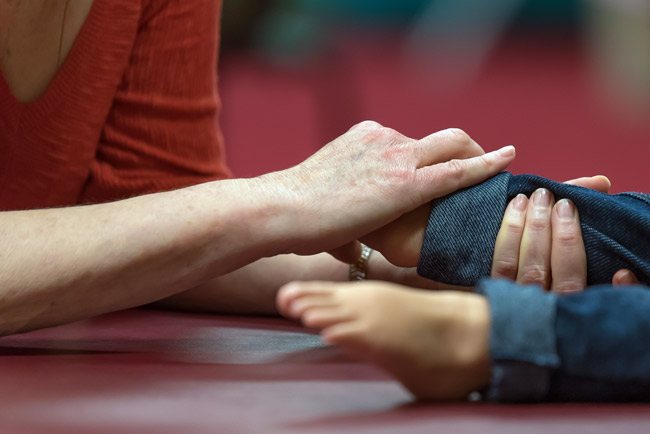 Look for any opportunity, both in daily life, and in more formal teaching/learning situations, to increase the differences. For example, if you want your child to be more gentle when manipulating objects, have the child touch a safe object a lot harder, then even harder, until he feels that it is harder, and then go back to gentler.

It’s best to begin introducing differences to your child in areas where she has the least difficulty. (Remember, you are on a learning curve here too). When your child has a hard time understanding or doing something, look for any aspect in that situation where you can amplify differences. Don’t worry whether “it’s working” or not. Just create as much opportunity for your child’s brain to experience perceiving differences, and thus get better at it.

In Part 2, I will discuss the importance of movement and differentiation. I’ll provide you with concrete tools to further facilitate your child’s brain to become better in perceiving differences and in doing its job of putting order in the disorder and making sense out of the nonsense.

Learn more about how Anat Baniel Method NeuroMovement can help children on the autism spectrum.

We’d love to hear about your experiences. Join our conversation on Facebook.

[1] Paula Tallal, Ph.D. and Michael Merzenich Ph.D. developed a training program for language impaired and learning disabled children called Fast ForWord to facilitate their ability to perceive differences related to sound and language. Children learn to identify easily confused consonant-vowel combinations, such as “ba” and “da,” first at slower speeds than they occur in normal language, and then at increasingly faster speeds… so the language disabled children can hear them and develop clear maps for them. The first study results were reported in the journal Science in January 1996. M.M.Merzenich et al. 1996. Language comprehension in language-learning impaired children improved with acoustically modified speech. Science, 271 (5245): 81-84.

[2] Dr. Michael Merzenich sees many of the challenges faced by children with ASD as being the result of problems with “signal to noise ratio” or, in other words, their ability to perceive differences. M.M.Merzenich et al. 2003. Model of autism: Increased ration of excitation/inhibition in key neural systems. Genes, Brain and Behavior, 2: 255-67.

Merzenich’s team began to hear that Fast ForWord was having a number of spillover effects on eg. Handwriting, attention and focus, i.e., it led to some general improvements in mental processing. Doidge, N. 2007. The Brain that Changes Itself. New York: Viking Penguin. Pp72-3