This is the fourth in a series of blog posts featuring the stories we received in our Share Your Story About the Anat Baniel Method® ABM Contest. We appreciate being able to share stories written by these dedicated and loving parents of children with special needs. Please refer to the NeuroMovement Resources in our Blog to view the previous posts and stories.

The Story of Harper 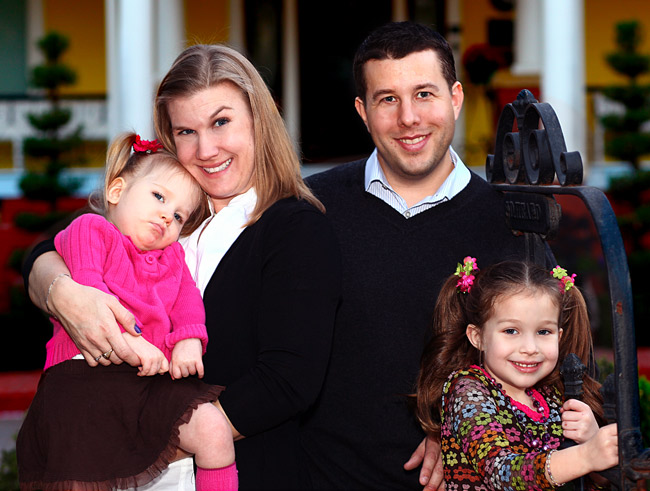 Over the course of 10 months, Harper traveled across the US and underwent a multitude of tests.

In February 2011, she was diagnosed with a rare, and in some cases, life-threatening genetic disorder known as CDKL5.

There are approximately 300 cases worldwide.

The Severity of Harper’s Particular Case Is Unknown, But We Remain Hopeful

The severity of Harper’s particular case is unknown, but we remain hopeful. She has been prescribed intense therapy and seizure control to aid in successful mental and physical development.

At 10 months, Harper traveled to the Anat Baniel Method (ABM) Center in San Rafael, California, and in less than a week, she rolled over for the first time.

After that, we found a local ABM Practitioner who happened to be four hours away. One weekend a month for six months we drove four hours for a weekend of ABM lessons.

Harper advanced so much until age two, when an increase in seizure activity stole every skill Harper had learned. It took months to settle the seizures into a manageable state to a point where lessons could continue. By the time things evened out there was a local ABM practitioner in our home town of Dallas, Texas. Yay! No more traveling, although well worth it, meant more lessons.

Although it has taken Harper two years to regain the physical abilities she lost, I attribute her intellectual ability to continued ABM lessons. This is a method of “therapy” that even her “typically” developing sister benefits from.

If there were only one therapy we could continue with Harper, it would be ABM:

It is not magical….rather, it’s common sense!

Thank you, Anat, for taking your years of knowledge and organizing it into a teachable method that can be passed on for years to come!

Special Note: After searching for almost four years for a way to gain control over Harper’s seizures, we found Industrial Hemp Oil known as RSHO. By adding this supplement to her daily routine we went from over 40 seizures in a 24-hour period to less than 10 confirmed abnormal episodes that cannot be clinically classified as seizures. We maintained that level of control for just over 7 months.

Harper has been working with ABM NeuroMovement® Practitioner Tracy Roybal. Tracy is based in Dallas, Texas, and you can contact her at 214-454-5339. 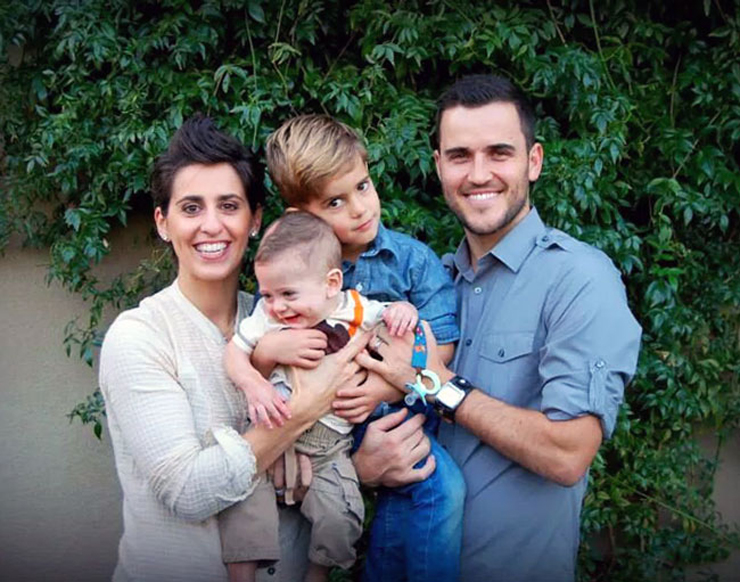 At five months, Zacchaio began having seizures. While they were initially controlled with anti-epileptic drugs, their frequency soon spiraled out of control and our baby boy was having, at the very least, 400 seizures per day.

We turned to his best option for seizure freedom—surgery—and had just over a quarter of his brain removed.

Although surgery was a success and ceased all seizure activity, two months of uncontrolled seizures had taken a toll on our son. At seven months old, he could no longer hold his head up, he no longer uttered sounds, he seemed disengaged from the world and people surrounding him, and the spark in his eye had dissipated.

Within one week, Zacchaio re-established head control and attentive gaze.

Within three weeks Zacchaio was rolling over, and within four weeks, we couldn’t contain his excitement to experience life!

We are beyond grateful to have our joyful son back! Zacchaio still has catching up to do but he is developing at a rapid rate and appears determined to prove that three-quarters of a brain is just as good as one! 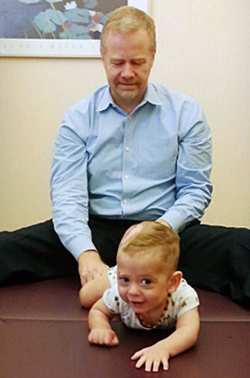 Note About Zacchaio’s ABM Lessons: We absolutely adore Neil and Sylvia! Zacchaio is so receptive of their work. Their love and passion for what they do is evident in the way they interact with him. They love him and he warmly reciprocates.

Thank you, parents, for sharing these stories about your children with us. I am continually inspired by your love and devotion! Anat Baniel

We have also heard from some of the parents with whom we work that cannabis is an option that has helped children with managing and reducing their seizures. Face of Cannabis profiles many of the children who use medical marijuana, and it is a place to learn more: Face of Cannabis.

Be sure to check out our NeuroMovement® videos, lessons, and tips on how to use the Nine Essentials. We’ll be posting these on Facebook: www.facebook.com/anatbanielmethod.