An Excerpt from Kids Beyond Limits 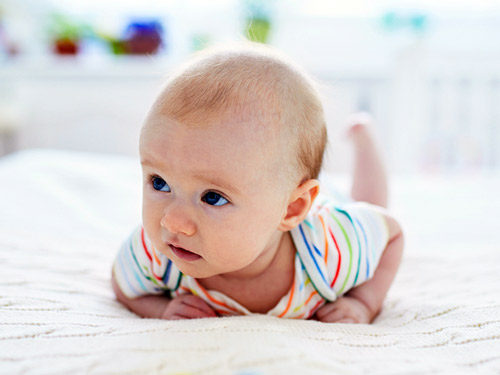 What Science Tells Us About Flexible Goals

One example of imposing a rigid goal is the practice called tummy time, which involves placing infants on their bellies before they are able to roll over onto their bellies by themselves. The claim for doing this is that it strengthens the infant’s body and accelerates her ability to achieve certain milestones—namely, turning onto her belly, crawling, and coming up to standing. Some of the early literature on this practice proposed that tummy time would help the child also achieve other milestones more quickly, ensuring that she would be more successful in life.

One of the things that happens, however, is that by putting the infant on her belly, she is denied the aimless activity that a child would normally be able to do on her back. You’ll remember from my earlier chapters how important this aimless activity, with all its random movements, is for the process of differentiation and the development of the child’s brain.

A number of follow-up studies have looked into the long-term effects of children raised with tummy time. Such studies found that these children learned to roll from their bellies to their backs, crawl on their abdomens, crawl on all fours, and tripod-sit as much as three months sooner than babies who were not raised with tummy time. It is interesting, however, that this early accelerated development did not carry over into the achievement of later milestones. There was no difference between tummy time children and non–tummy time children in their accomplishing milestones such as walking and in gross and fine motor development.

One might conclude from this that accelerating the time it takes the child to achieve these early milestones wasn’t very useful in the long run, but at least it might reassure parents to see their child achieve those goals sooner rather than later. But when we look at this practice more closely we need to ask what impact imposing these goals might have on the quality of how the child moves, thinks, and feels.

Is she missing anything as a result of tummy time?

One of the studies of tummy time focused on infants with low birth weight and found that placing such babies on their bellies before they were able to roll onto their bellies by themselves led to postural problems—both short- and long-term—and to other developmental problems.

Emmi Pikler, a pediatrician, founded and operated a large orphanage in Europe, just after World War II. She was a big advocate of providing safe and loving conditions for children to grow and develop at their own pace—without adults imposing rigid goals in their efforts to accelerate children’s different milestones before they could do it on their own. She trained the nurses and all the caregivers in her institute to apply Flexible Goals at all times. She observed how “parents and other persons engaged in child care attempt repeatedly to promote developmental phases (milestones) by active manipulation and verbal stimulation.”

She also found that the children raised at her orphanage who were provided the time and space to develop at their own rate and in their own way—following her Flexible Goals approach—without any attempts to accelerate their progress, were slower to reach the initial milestones by as much as three to four months, just as later research of tummy time would show.

More important, however, she observed that: “Not only did the children learn to sit, stand, and walk by themselves, but they were apparently more independent, more sure in their movements, and, in general, more content and quiet in their behavior than were other children of the same age.” She wrote: “We regard the secure and well balanced movements of the children reared in our institute as significant. They not only move well, but if they fall—which is unavoidable—they fall well.” They fell so well that among the fourteen hundred children who were raised in her institute from infancy none of them had any fractures.

These findings show us that healthy babies will grow and reach their milestones whether or not they are helped by caregivers applying rigid goals regarding those milestones. The children ultimately work around it either way. However, for children with challenges, denying them Flexible Goals can have very detrimental effects. When we move our own eyes away from the prize of having our child achieve a specific goal through rigid means, it becomes possible for the quality of that child’s movements to improve.

These findings and the importance of Flexible Goals can be better understood when we remember, as discussed in Chapter 5 on the Essential Slow: We humans are blessed with a slow, protracted period of development that keeps the learning process open-ended for longer than any other species. When we take our time and keep the process of helping the child with special needs reach her goals open-ended, reversible, and flexible, we give that child and her brain exponentially more options for growth. Don’t try to close the deal too soon!

Do not let trying to make your child cross the finish line be your primary goal. Your child’s brain is built to take its time, moving from one stage to another just like all children do.

When you follow the practice of Flexible Goals, you give your child’s brain the opportunities for becoming most ingenious in discovering solutions to challenges. That is when your child becomes most alive.