Skip to content
For the Busy Woman: 3 Tips for Easy Ways to Become More Fit

For the Busy Woman: 3 Tips for Easy Ways to Become More Fit 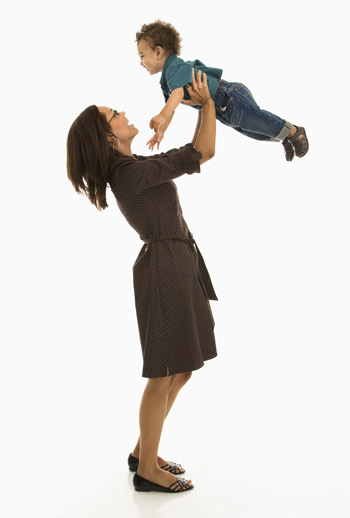 Wednesday, September 26, is National Women’s Health and Fitness Day. This is “the nation’s largest annual health promotion event for women of all ages.” Whether you are a full-time mom, working mom, working professional, or college student, one of the biggest challenges to becoming fit is finding the time in your busy life. The good news is that this challenge may not be as difficult as you may think.

Our brain is what controls and organizes all of our movements—our body, our thoughts, and our feelings. In order to move, our brain has to form detailed representation and connections of our muscles and bones. This is called “mapping” of the brain, which creates the various configurations and patterns of our movement.

One of the most powerful ways to facilitate and greatly accelerate this process is to bring attention to what you feel as you move. You can reduce hours of mindless repetition of certain movements to just a few minutes of movement infused with your attention to what you feel as you move; and you will get much greater, more fuller mapping of those areas of your body. In response, your muscles will get stronger and become more toned, and your body will become more flexible, at least as much, if not more than doing lengthy, repetitious movements.

Michael Merzenich, one of the world’s leading neuroscientists, has done extensive research in this area:

In experiments with owl monkeys, Merzenich’s group demonstrated a clear correlation between the power of attention and the brain’s ability to change itself. When the animals in the experiments had to pay attention to the sensations they were receiving (what they felt in a specific part of their body) sensory cortex connections in their brains that were associated with those parts grew significantly. When they did not pay attention to what they were feeling, there were no significant changes in the brain. The same correlations were noted with movement; that part they paid attention to—for example, the movements of the arm— grew real estate in the brain. Conversely, those parts that moved but did so without attention, either didn’t change at all or actually shrank. Merzenich stated: “Experience coupled with attention leads to physical changes in the structure and functioning of the nervous system.” (Kids Beyond Limits)

Movement with Attention Essential: The next time you do any kind of fitness regime, take a few minutes, slow down, and pay close attention to what you feel as you move. Do this a number of times throughout your workout and you will begin feeling immediate changes, that in a few weeks, will translate into greater fitness, fewer injuries, and more vitality. Experience how your fitness will be enhanced with less time exercising!

Another powerful Essential for the busy woman that can greatly enhance fitness is Imagination. If you are really busy and don’t have time to go to the gym or take a class, think of the movements that you do during your daily activity as a fitness program. Research has shown that using your imagination can make a significant difference in your health and fitness level:

Alia J. Crum and Ellen J. Langer worked with a group of eighty-four female room attendants employed in seven different hotels. The researchers divided their study participants into two groups: The first, called the “informed group” was told that the work they did, cleaning hotel rooms, was good exercise and that it satisfied the surgeon general’s recommendations for an active lifestyle. The second group, the “uninformed group,” was told nothing. Both groups continued doing their usual work. After four weeks the informed group showed a decrease in body weight, blood pressure, body fat, waist to hip ratio, and body mass index. The uninformed group had no significant changes. This study demonstrates how imagination brought about measurable physical changes. (Kids Beyond Limits) 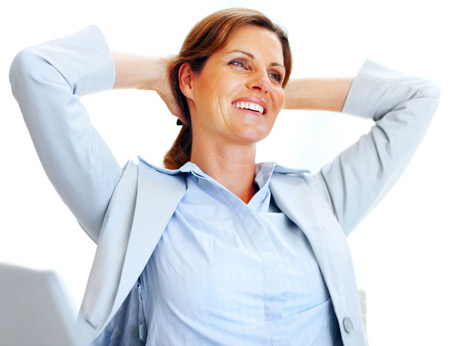 Imagination Essential: Imagine that the movements you do during your daily tasks—such as carrying your groceries, taking your laundry downstairs, making the bed, pushing the stroller, walking to another office—as great exercise, and bring attention to your movements from time to time throughout the day. Think of these tasks as your fitness regime, so you can use the movements to wake up your brain and engage it with ways that increase your fitness with what you are already doing. By doing this, you will increase your flexibility, your strength, your general fitness level, and you will become more vital and alert.

Another Essential that wakes up and enhances the brain to improve your body and fitness is Variation. When you do your fitness program in an automatic manner, you get only a small portion of the benefit because your brain only strengthens already existing patterns.

And moving will feel good!

I’d love to hear how these tips work for you! Join us on social media to share your feedback.

When attention is brought to movement, the brain creates new connections and possibilities at an incredibly rapid rate: My teacher and colleague, Moshe Feldenkrais, used movement to increase awareness, which in turn helped to upgrade people’s functioning, often in breakthrough ways; he had his students pay close attention while moving as a way to enhance functioning. However, he did not formulate Movement with Attention as an Essential per se, that is, distinct from awareness.

But it’s not only in mental or cognitive functions that Imagination and Dreams make a Difference: Crum AJ, Langer EJ. 2007. Mind- set matters: Exercise and the placebo effect. Psychological Science 18(2): 165– 71.