New Possibilities: A Revolutionary Approach for Transforming the Lives of Children with Special Needs 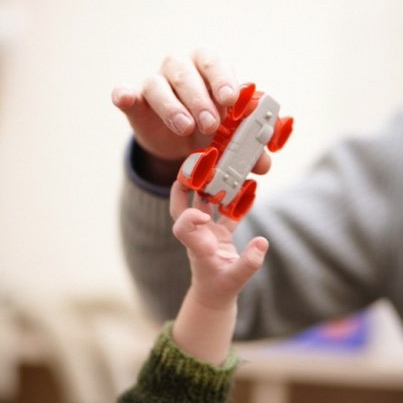 A child is born. It is a miracle. For the first few weeks, the little one sleeps a lot, nurses, occasionally cries, and needs to be held and rocked. Her arms and legs move, and her body twitches—all involuntary movements. Soon her family notices she is doing things she was unable to do before. When she is picked up, she holds her head up by herself. She reaches out to touch her mother’s face. She clings to a parent’s finger or a small toy. She rolls over. By the time two years have passed, this little person can walk, talk, even argue, and she continues to grow, learn, and change at an incredible rate.

As parents and caretakers, we provide for the child’s needs and provide important support in her development.Yet, we have limited understanding of how these remarkable changes and developments come about, and we certainly have no direct control over when and how these developmental changes actually occur.

Sometimes this magnificent, spontaneous process of development does not take its normal course. Cerebral palsy (CP), brain and nerve injury, autism, birth defects, genetic disorders, sensory integration disorders, and a host of known and unknown causes interfere with the child’s ability to grow, learn, and perform like other children. The parents and therapists of these children are left with the question and challenge of how to best help their child.

Many traditional modalities—physical therapy, occupational therapy, medical intervention, as well as most massage and bodywork—tackle the child’s limitations head-on and try to get them to do what they should be doing according to their age and developmental stage. When an eighteen- month-old child with CP can’t sit up, she will most likely be repeatedly placed in a sitting position with the hope that she’ll somehow get strong enough and develop the muscular coordination to do it herself. A ten-year-old boy who can’t read gets hours of extra tutoring. The arm of a girl with brachial plexus injury is massaged and moved around in an effort to relax it and increase its range of motion.

With the Anat Baniel Method (ABM), a very different approach is taken. Rather than focus on the limitations and try to directly fix the presenting problem on the level of muscle, bone, joints, and soft tissue, the focus is shifted to where the most powerful solutions actually lie—with the brain.  ABM works by communicating with the brain of the special needs child and facilitating the formation of new neural connections and patterns, irrespective of the cause of the child’s limitations. As part of the work, nine requirements for the brain to form new and effective patterns of movement, thought, and feeling, are implemented: the Nine Essentials. Noting that movement and awareness of self are primary tools for communicating with the brain and bringing about the potential for learning and change, I expanded the application of the same scientific principles to include not only body and movement, but also emotional, intellectual, and spiritual development.

We know from brain research and from anecdotal accounts how amazing, magnificent, and often surprising the brain is. We also know that the potential of the brain is much greater than any of us has manifested. With ABM, we know that to be true also for the brain of the special needs child. We call upon these potentials to help children with special needs surpass their current limitations.

This is an excerpt from the article “New Possibilities” by Anat Baniel which originally appeared in the December/January 2007 edition of Massage and Bodywork magazine.