Skip to content
Jill Bolte Taylor and Anat Baniel in Conversation: Humans Are Built to Grow and Evolve Throughout Life

Humans Are Built to Grow and Evolve Throughout Life – Conversation 2

AB: Whenever a person is able to refine and evolve the way they execute a movement, or an action, remarkable breakthroughs often happen in what is possible. When this occurs, people experience enhanced well-being and increased vitality.

JBT: Evolution of the mammalian nervous system occurs from the bottom up, from a state of lesser complexity to a state of greater complexity. As you say Anat, “The job of the brain is to put order in the disorder and to make sense out of the nonsense.” New tissue grows on top of tissue that has already maximized its level of complexity. When the new tissue is added on, there is a level of chaos in how the tissue is connected, and over time the kinks get worked out of the system, and higher levels of sophistication of function evolve. With this comes the possibility of more complex and refined function and execution in general.

When I first experienced the stroke, my world disappeared because my brain lost its ability to create order of my perceptions. For example, when I was first able to stand up again, while leaning my body against the sink and wash dishes, my brain was unable to manage the complexity of the demand to keep balance and at the same time figure out how to organize the washed dishes in the dish rack.

AB: This is so important. Any skill that we can learn to perform requires an increase in the number of connections in the brain, i.e., a greater degree of differentiation and a higher level of organization in the brain. I also love this example because it demonstrates how the physical and cognitive functions are intimately connected neurologically and they develop together.

AB: I like to demonstrate this idea in the following way:

If you were asked to create the image of a duck, and were given only three pieces, it might look like this first image. To other people this image might look like a duck or it might look like something else. At this crude level of differentiation, it is impossible to create a precise mapping of the body to the brain. This is comparable to how you were standing at the sink and placing the dishes in the dish rack.

When we add more pieces that are smaller and more refined, we can create an image that is more representative of a duck. This is what was happening in your brain as you gained more precise perception and motor control that enabled you to place the dishes more accurately in the slots.

With continued differentiation (smaller and smaller pieces in greater numbers), we create a more full and precise map of our body in our brain. This provides us with the complexity necessary to organize high quality, elegant actions that match our intention.

In order to do something new or improve on something we already do—in order to create new possibilities—our brain needs to create many new “little pieces” which are the building blocks of learning.

When we try to improve performance by doing the same thing over and over again, the brain does not sprout new connections and we get stuck. We often tend to misinterpret this lack of ongoing growth as a lack of talent or ability to recover.

JBT: Those “little pieces” are the millions of new neural connections that our brains are capable of creating every second. When I look at the images of your duck model, I imagine there are 1000 strings with hooks on the end of those strings, draping down from my brain into my body. Early in my recovery, I moved as though there were only 20 hooks communicating information from my brain to my muscles, and I moved like a clunky puppet.

With more recovery, with continued brain differentiation and then integration, more of the hooks became attached to my muscles and my movements became more refined. Eventually, the neuroplasticity created enough brain growth and change that the mapping of my body in my brain enabled me to organize my movements with grace and ease.

AB: As long as we are alive, whenever we want to improve any aspect of our own functioning, each one of us can reawaken our brain to differentiate, integrate, and improve the organization of our movements, our thinking, and our actions.

Below are the movement lessons referenced in the blog post Jill Bolte Taylor and Anat Baniel in Conversation 2: Humans Are Built to Grow and Evolve Throughout Life.

The movement lessons below are a demonstration of the power of the brain to change itself (neuroplasticity) for the better. It includes ways to set the brain up for successful learning that are discussed above and in our Huff-Post Blog.

Make sure to do the movements slowly, gently, and with close attention to what you feel as you move.

Easy Movement for the Right Wrist and Fingers

When you’re ready, below is the movement lesson turning to the other side.

Easy Movement for the Left Wrist and Fingers


Read our previous blog post: Setting Up the Brain for Success – Conversation 1. 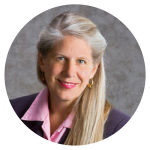 Dr. Jill Bolte Taylor is a Harvard-trained and published neuroanatomist who experienced a severe hemorrhage in the left hemisphere of her brain in 1996. On the afternoon of this rare form of stroke (AVM), she could not walk, talk, read, write, or recall any of her life. It took eight years for Dr. Jill to completely recover all of her physical function and thinking ability. She is the author of the New York Times bestselling memoir My Stroke of Insight: A Brain Scientist’s Personal Journey (published in 2008 by Viking Penguin). In 2008, Dr. Jill gave a presentation at the TED Conference in Monterey, CA, which turned out to be the first TED talk to ever go viral through the internet. TED and Dr. Jill became world famous instantaneously and her TED talk is now the second most viewed TED talk of all time. This now famous 18-minute presentation catapulted her story into the public eye, and within six weeks of presenting that TED talk, Dr. Jill was chosen as one of TIME Magazine’s 100 Most Influential People in the World for 2008, she was the premiere guest on Oprah’s Soul Series web-cast, and her book My Stroke of Insight became a New York Times bestseller. Learn more about Jill Bolte Taylor: www.drjilltaylor.com.