Skip to content
It All Begins with Movement! Anat Baniel Method in the News

It all begins with movement! Anat Baniel Method® in the News

The following article appeared in the Vernon Morning Star this morning entitled: It Begins with Movement 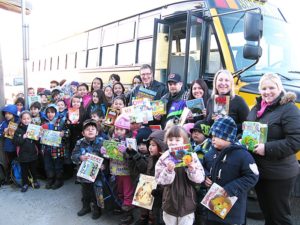 Children in the Okanagan will once again have access to a specialized method for developing greater awareness and control over their own actions.

“We wanted our kids to feel confident in their own abilities,” said Vernon  parent Brent Kisilevich.  “We had heard about this method that was non-medical and rooted in a child’s natural ability to learn. It was unlike anything we had ever heard of before.”

What Kisilevich and his wife, Teresa, discovered was the Anat Baniel Method (ABM) based on the works of Dr. Moshe Feldenkrais, which provides learning experiences that help children develop beyond their existing patterns of thinking, sensing and moving. It uses gentle innovative techniques to access the brain’s ability to learn movement, thought and feeling. Children are asked to move only in ways which are within their true capabilities.

“It creates a feeling of safety and encourages a willingness to expand into new abilities,” said Karen Toth, a certified Feldenkrais practitioner and ABM practitioner, who specializes in working with infants and children.

“I seek to wake up a child’s natural awareness to feel what he or she is doing (in their nervous systems). When they are more aware of what they are doing, they have more choices available to them to accomplish what they intend to do.”

Parents who brought their children to Toth in August reported shortly after the sessions that their children’s moods, behaviours and sleep patterns improved.

“My son seemed to be more alert, aware of his surroundings, and yet at ease. We noticed how our son easily got up on a wakeboard for the first time and seemed better balanced and coordinated,” said Teresa Kisilevich, who initially admitted to being skeptical of the claim that infants and children’s progress often surpassed medical expectations.

Sara Wiens, a Salmon Arm resident and teacher, described how her son, Ronan, who has been diagnosed with hemiplegia, a type of cerebral palsy, now raises both arms more freely above his head, sits more easily with both legs bent, and is consistently placing his right heel on the ground when he walks.

“His two-handed play increased with no prompting,” she said. “Our pediatrician said, ‘whatever you’re doing, it’s working. Keep it up.’”

According to ABM practitioners and neuroscientists like Dr. Norman Doidge, author of The Brain that Changes Itself, the process of giving attention to movement is what has enabled human beings to develop their forebrain, enabling them to sense subtle changes when given enough time and safety to do so.

To read the whole article please click on the following link: