Skip to content
Hope for Children and Adults with Cerebral Palsy

Hope for Children and Adults with Cerebral Palsy 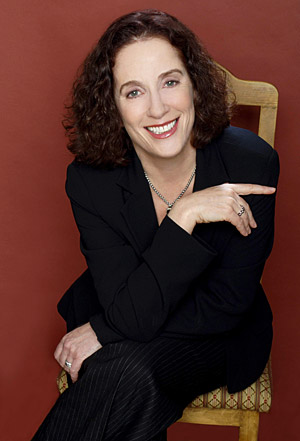 Sept. 4, 2012, was the first annual World Cerebral Palsy Day. This day was recognized for the estimated 17,000,000 global citizens diagnosed with cerebral palsy, in an effort to raise awareness across the world. In honor of this day, I would like to share a story about an amazing young man with cerebral palsy.

Cerebral palsy is caused when there is a disruption or abnormality in the development of the child’s brain, leading to difficulties with movement and at times also resulting in cognitive challenges. Only some of the time the causes for cerebral palsy are known—such as lack of oxygen at birth, meningitis, fetal stroke, infant stroke, random gene mutations, or traumatic head injury. Cerebral palsy can manifest as severe tightness of certain muscle groups resulting in limited movement or insufficient tonus of the muscles, also leading to greater or lesser limitations in movement.

What I have discovered in the many years I have worked with children and adults with cerebral palsy, is that the human brain, under the right conditions, has the enormous capacity to create new patterns and organize the brain in ways that lead to recovery of function…often way beyond what is normally deemed possible.

Today, I want to tell you a story about a 27-year-old man named Daniel, who has cerebral palsy.

I met Daniel for the first time a few weeks ago. He has been in a wheelchair for over 23 years. Daniel’s story is especially sad, since he can remember himself walking, albeit stiffly and somewhat clumsily on his tip toes when he was 2 years old. Around that time, doctors performed surgery on him to lengthen his Achilles tendons and partially release his abductor muscles. For him, this surgery was disastrous, and Daniel never regained his ability to stand or walk.

Now, as an adult, Daniel sat before me in his wheelchair, leaning way over to the left side. His shoulder, neck, and head were weighed over due to extreme scoliosis, he was strapped to the chair so he couldn’t fall, and his legs have not moved or been used for a very long time. Through his expressive, intelligent eyes, Daniel told me his story.

When I asked him what he would like to gain from working with us at our ABM Center, Daniel didn’t dare to ask for much. What he wanted was to get a bit of relief from his acute back and neck pain. I, too, did not dare to have any specific expectations, since I wasn’t even sure if we could help Daniel with reducing the pain he was suffering….because I know the importance of movement in helping the brain to create pain-free alternative patterns.

So, I had Daniel’s assistant help to get him lying down on our work table. Very gently, with my hands, I began moving his back, his spine, and his pelvis in very small, slow, and delicate movements, to see whether I could begin communicating with his brain. Within no more than 10 minutes, I was amazed at the changes I observed in Daniel’s body. All the while, he was intensely attentive to what he was feeling.

At the end of the first session, after he got back into his wheelchair, Daniel was breathing a lot freer despite his scoliosis. And, he was feeling better but was hesitant to acknowledge it, saying that perhaps he was imagining it.

Daniel visited our center from out of town for two weeks, he received two private sessions a day, and on day five, something startling happened. When Daniel was expecting his attendant to help him up to transition him from the toilet seat to his wheel chair, he spontaneously grabbed the handle next to him, not only with his left hand, his “better hand,” but also with his right hand, which he hasn’t used or moved for many years…and Daniel stood up.

Needless to say, tremendous changes have happened in this young man’s brain within a very short period of time. By the end of the second week, Daniel was not only sitting taller and centered over his spine, able to move his whole torso safely, and breathing more freely, he was able to help his attendant and intentionally participate in the action of standing up. His sense of self, his feeling of worthiness, and his experience of self-empowerment was remarkable.

Given the enormous progress Daniel has had in two weeks, we all felt that it would be incredibly valuable for him to continue working with a local ABM practitioner because none of us is willing to put a limit on how far he can go. Daniel is only one of many children and adults with cerebral palsy who have had tremendous breakthroughs in their ability to move, in their sense of well-being, and most importantly, in their empowerment to move into life, and participate in life in ever fuller ways.

Learn more about how NeuroMovement can help cerebral palsy.