Skip to content
The Fitness Myths That Hold You Back, and How to Succeed: Myth 4

The Fitness Myths That Hold You Back, and How to Succeed: Myth 4 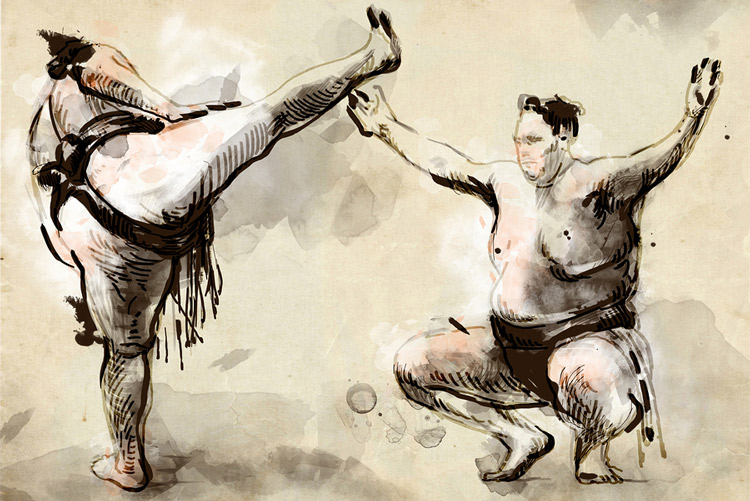 In previous posts, we introduced the Training Your Muscles, No Pain, No Gain, and Stretching fitness myths. This week, we’ll discuss the “Flat Stomach” myth.

Perhaps you are one of many people who do sit-ups, crunches, or other exercises to get a “flat stomach,” or what is often referred to a “strong core.” I applaud your goals. I’m all for being attractive, pain-free, and strong.

However, from what I know about the brain and how it organizes muscles into successful action and high-level performance, the idea of chronically contracted stomach muscles as the way to be strong and lead a potent life is fundamentally wrong.

Many have bought into the myth of the “flat stomach.” In my workshops when I first let people know that they might want to free their abdomen, there is a gasp in the room. However, this myth is likely undermining your athletic performance, increasing your likelihood of injury, and aging you prematurely.

What is a strong muscle? It is a muscle that has the ability to contract and de-contract, move you and do the greatest amount of work it can. A muscle that is already contracted (e.g., flat stomach) can no longer do powerful work.

Making things even worse, muscles work in a synergetic fashion with what is called their “antagonistic” muscles. The brain orchestrates this organization of muscular activity. The “antagonists” to the belly muscles are the back muscles. When your abdominals are chronically contracted, your back muscles cannot work to their fullest capacity; and it is primarily your back muscles that are engaged in the powerful movements of your body, such as jumping, punching, serving a tennis ball, and in keeping you upright.

Try This: Sit in a chair with your arms on your knees. Slowly lift your right arm up in front of you. Put your arm back down. Now suck in your belly really hard and keep it pulled in; and in this position try to lift your right arm up again and see what happens. Of course, it is much harder, because your back muscles that need to get into action when you lift your arm are stopped by your brain.

I fully agree that strong abdominals are very useful and important to have. But this is not the full story. The most powerful muscles of our body are all the muscles that are attached to the pelvis, what I call the “power center.” And what makes us strong is a strong brain that has figured out which of these muscles to contract for which movement and when to let go.

When you tighten your belly, you not only weaken yourself, but you also lose flexibility, restrict your breathing, lose vitality, and accelerate aging.

The Story of Mike

I worked with a young baseball player, Mike (not his real name). He had a great physique and was a tremendous batter with a multimillion-dollar major league contract. He came to me to get relief from chronic right shoulder and lower back pain.

When he came into my office, I immediately saw that his abdominal muscles were powerfully contracted no matter what movement he did. That was a problem, because when he lifted his right arm up to swing a bat, his back muscles weren’t available to participate in the movement as needed. As a result, he overused his shoulder muscles and his back became disorganized and painful. Mike badly needed to learn to let go of his flat stomach.

I asked him what, besides practicing baseball, was his fitness regime. His answer was sit-ups; he did hundreds a day. This alone can dumb down any brain. This incredibly capable, talented athlete was undermining himself without knowing. So much so that I discovered that he already had surgery on his right shoulder.

Initially he was resistant to learning to free his abdomen—he had a deeply ingrained belief that it was his flat stomach that made him powerful. But once he agreed to give it a try, his shoulder pain and the discomfort and rigidity he felt in his lower back disappeared, and he was able to hit the ball with more power and better precision.

Use Your Brain to Synchronize Your Muscles 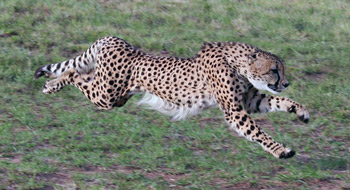 How can you synchronize your stomach and back muscles to perform optimally? The Anat Baniel Method has defined the Nine Essentials to communicate with your brain and provide it with the information it needs for creating well-organized movement. In this article, I would like to introduce you to our next Essential.

There is no way to know in advance the path that will lead you to achieving your goal. Know your goal and at the same time free yourself from the compulsion to achieve your goal in a certain way. By truly embracing all the expected and unexpected steps and missteps, you will create a rich source of valuable information for your brain to lead you to your goal, including successfully achieving your fitness goals.

Try this 10-minute NeuroMovement video lesson to experience the Flexible Goals Essential. Discover how to move both your belly and your back in free and harmonious ways that will make your stronger, energize you, reduce pain and injury, and reawaken your vitality.

Also use all of the Essentials we introduced in our previous articles while exercising, and you will find yourself doing things you never thought possible, along with strengthening your power center in the most efficient and pain-free ways.

Give it a try and let us know what happens.

“Despite the large variety of treatments which have been evaluated through randomized controlled trials and meta-analyses, the effect sizes are often small, even for commonly used treatments such as exercise for chronic low back pain.” Hayden JA, van Tulder MW, Malmivaara AV, Koes BW: “Meta-analysis: exercise therapy for nonspecific low back pain.” Annals of Internal Medicine 2005, 142(9):765-775.

The brain has the ability to figure itself out: The brain is the ultimate self-organizing system. Thompson E, Varela FJ. 2001. “Radical embodiment: Neural dynamics and consciousness.” Trends in Cognitive Sciences 5: 418- 25. Lewis MD, Todd RM. 2005. “Getting emotional– A neural perspective on emotion, intention and consciousness.” Journal of Consciousness Studies 12(8- 10): 213- 38.

What we know from the science of neuroplasticity: “[T]he realization that the adult brain retains impressive powers . . . to change its structure and function in response to experience”: Begley S. 2007. “How the brain rewires itself.” Time, January 19. See also Doidge N. 2007. The Brain That Changes Itself. New York: Viking.