I have been working with a 3-year-old girl with severe behavioral issues (we’ll call her Sally) since Fall of 2012. I want to share the steady progress that Sally has made over the past year using Anat Baniel Method® NeuroMovement®.

When her aunt brought Sally to me last year, she was on the verge of being dismissed from her school because of out-of-control behavior. She was hitting children and teachers, throwing chairs, and creating chaos. Her teachers reported that Sally couldn’t pay attention, her thinking was confused, and she fell down a lot.

As a toddler, Sally had already been removed from two foster homes because her behavior was unmanageable. When we met, her aunt was fostering her, and moving forward with the process of adoption, though with great fear and anxiety. As a 50-year-old, single Auntie with no child-rearing experience, she had nothing to guide her except a heart for this child.

She had already taken Sally to psychological therapy, to no avail, and was being strongly pressured by the school to fix the problem or remove the child. One of the concerns was that this 3-year-old’s aggressive dark side could seriously endanger herself or others as she expressed her rage—in teeth-clenching outbursts by day and violent nightmares at night.

This was the situation that Sally’s aunt brought to me at our first meeting last year. I explained my work, and a bit about Anat Baniel Method NeuroMovement; I also gave her the book Kids Beyond Limits as a further explanation of what we would be doing in our lessons. We seemed to connect right away. I could feel the pain of her dilemma, and she responded openly to the help I offered. In hindsight, I’m amazed that we bonded so quickly, but out of our mutual concern for the well-being of this child with special needs, Sally’s aunt, her nanny, and I committed to a course of retraining based on trust, hope, and the proven principles developed by Anat Baniel.

When I started working with Sally, what I saw and felt immediately was her fear and need to control her environment. Our first week together was spent entirely on developing trust, relationship, and safety, since she had been spending much of her energy trying to control what was going to happen next. Any shifting of weight was scary to her, whether it be rolling, leaning, or moving in space. Her ankles were hard and rigid. She was not organized enough to use her back. She stiffened or pushed against any movement I initiated with her, and was so self–conscious that she was visibly uncomfortable when I simply looked at her.

Over the course of that first week (6 lessons), Sally began to show changes. She smiled and became more animated. She was better behaved at home and school. She was moving more fluidly and in new ways. We could create together, instead of being in combat.

For me, it was a new test of my ability as an ABM Practitioner. In the beginning I wasn’t sure how to go about giving her lessons, but I just kept using the Nine Essentials for everything—what we talked about, how she moved, and what she was acting out.

Over the next few months, her aunt and I kept in communication about her progress, and we adjusted our lesson schedule based on what we saw. When we took a break in autumn, we saw her slip back into her old ways, so we quickly scheduled another cluster of lessons. We saw change immediately. This was confirmed by the school’s daily hour log of behavior (happy face for “good” and sad face for “bad”). We were able to see in their reports a direct outcome between her lessons and her behavior. It was obvious that the ABM lessons were having a profound impact. 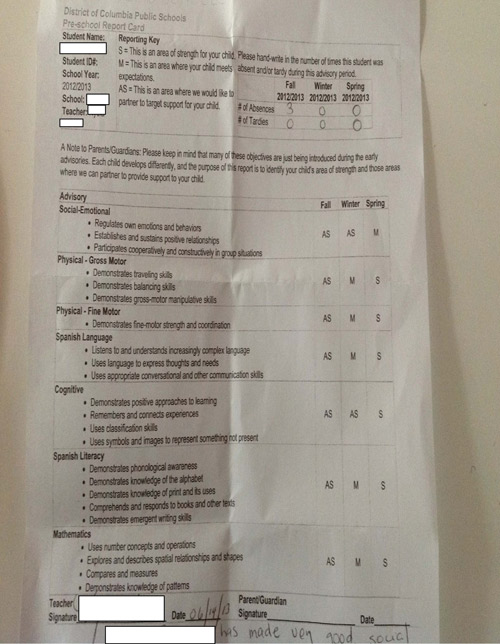 Now, I continue to see Sally once a week and she is excelling in every area, as her end-of-the-year report card shows!

It is an ongoing process. Sally’s aunt and nanny have made amazing steps in their own process of learning, as we all continue to find new ways to apply the Nine Essentials. I am humbled by their trust and commitment, and I thank them both for their courage. Together we have built a powerful community of brains for this child, and set her on a trajectory to grow into a loving, high-functioning human being—transcending her former limits.

I thank my dear little Sally for the privilege of guiding her through each lesson. And I thank Anat Baniel, who has devoted her life to promoting healing in others, for teaching me how to use what she has learned.

Adrienne Penebre is a certified ABM NeuroMovement® Practitioner in the Washington, DC, area. You can contact her at Neurophysica.net or adrienne@neurophysica.net.

Thank you, Adrienne, for sharing this powerful story of transformation.